Should I pick my peppers when they are green or wait till they turn red?

Actually, it’s entirely up to you and your preference. Peppers at different stages of maturity will have varying tastes and heat levels. Pick some when they are green while leaving a few on the plant to mature to red (or yellow, orange, purple, whatever color you’re going for).

There are advantages to both methods so here’s some info to help you decide whether to pluck or play the waiting game:

Advantages to picking chiles while they are green

Growing your own peppers gives you a chance to try varieties you would never otherwise come in contact with and lets you experiment with maturity so you can see for yourself which color you prefer.  That red Biker Billy Jalapeno (pictured below) is blazing hot and really flavorful, especially when picked fresh.

*Nobody has ever asked me this question 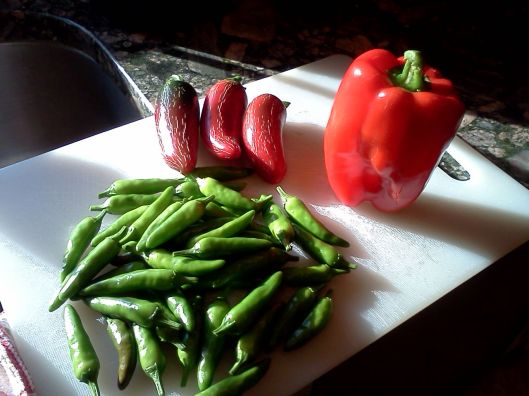 How jealous are you right now?

On Monday, I came home from my job and thought: “What are my two favorite things to do after a long day of work?”

I had the good fortune to participate in both of these activities and lucky for you, I took pictures (not of #1).

Wednesday’s Harvest: pictured below – 40 more Sport Chiles (brings my total to 176 pods and counting from one plant!), 3 Serranos, 6 Cobra Chiles, and my first 2 Limo Chiles.  Read about the Limo Chile here.

When I was creating my wishlist at the end of this winter, I knew I was going to grow a jalapeno plant.  My two most important criteria for selecting which jalapeno were that the plant had to be abundant and early to mid season.  The Biker Billy Hybrid I purchased from Cross Country Nurseries fit the bill.

If you are interested in the true history of the Biker Billy, you can read about that here.  SPOILER ALERT:  Some biker dude named Billy made his own jalapeno. This pepper profile is about my experience growing , harvesting and cooking with this organic plant.

True to its description, the Biker Billy started bearing edible fruit in late June.  I’m growing this plant in a 5 gallon bucket filled with my own organic potting mix and fertilized twice a month with either organic beet extract or blood meal.  The plant is now about 18 inches high and will probably deliver about 30-35 large pods by season’s end.  Unfortunately, I have come to find out that Hybrid plants do not drop viable seeds for saving so I may or may not have this plant in my garden next year.

When summer began, I noticed that the Biker Billy plant was starting to produce some great looking pods.  Only 1 pepper was growing a lot faster than the others.  I made an executive decision to pull this pepper, allowing the plant to focus on the new fruit and not have to keep up with the demands of the one developed pepper. Since then, I have intermittently pulled off peppers for recipes, friends and family.  As of now I have harvested 8 full sized peppers from this plant.  As I have many more exotic peppers ready to harvest in the coming weeks, I have decided to let the rest of the Biker Billy pods mature to red.  I have not had the opportunity to enjoy a freshly picked red jalapeno, so I’m very much looking forward to it.

Cooking with the Biker Billy Jalapeno

The first pepper picked from this plant was chopped and served with egg salad.  The flavor was fresh and crispy with just a hint of heat. For most Jalapenos that you find in grocery stores, after taking out the seeds and the ribs (any white part inside the pepper), the pepper is all flavor and little to no heat.  Great for egg salad, potato salad, and whatever else you could think of.

Then, reality set in as I realized that the first impression of the Biker Billy was a farce.  After waiting another 4 weeks before picking more pods from his plant, New Jersey (and most of the country) had an oppressive heat wave and the Biker Billy had just what it needed to fulfill its tongue scalding destiny.  This jalapeno is HOT.  Not close to the hottest peppers I have had, but absolutely the hottest jalapeno available.  I sliced up a few (seeds and all) and grilled them up with some bell peppers, onions and tandoori chicken.  My wife, who has built up a pretty impressive heat tolerance (thanks to her heat seeking husband), said that it was one of the hottest anything she’s ever tasted.  After experiencing the burn for myself, I realized that these peppers would be distributed with a staunch warning.  The pepper is truly delicious, It has a sweet taste all the way through, even while assaulting your tongue.

Give this pepper to civilians?

No.  If you’re not a chile head or Mexican, you probably wouldn’t enjoy this pepper.  It’s crazy hot, even with the seeds and ribs out, its a scorcher.  If you can’t get past the heat, you’ll never find the flavor.  Chile heads or fellow growers will definitely want to try this fiery jalapeno.

I closed my eyes and pictured a gardening biker, and this is what popped out. 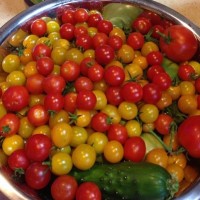 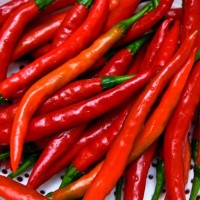 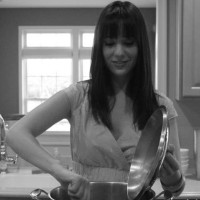 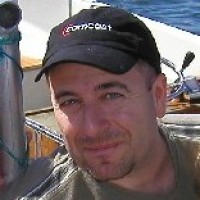 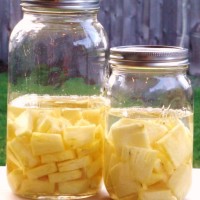 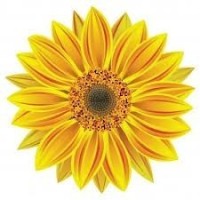